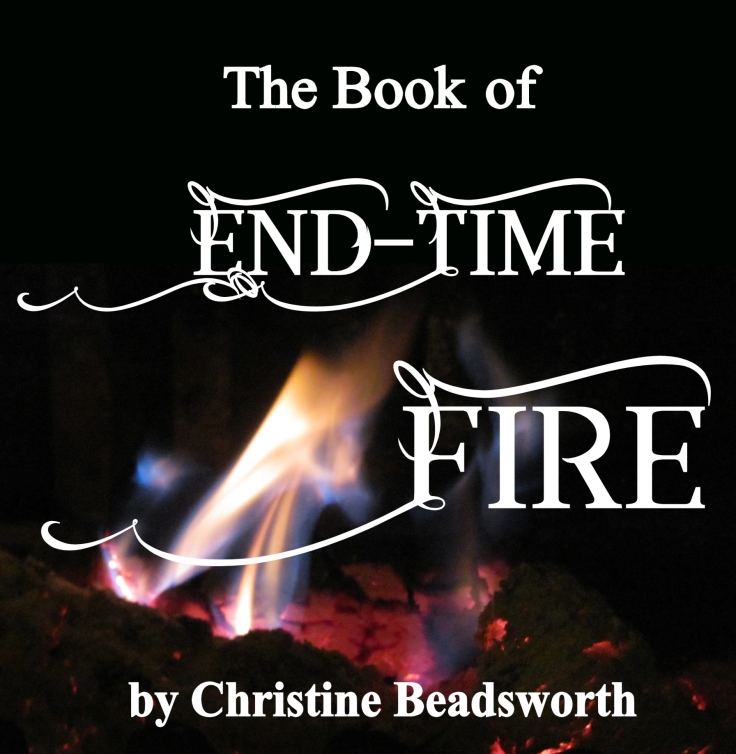 When I wrote my last book, The Book of End-time Wine, the Spirit showed me that the cleansing of the Temple by Jesus in the gospels is connected to the end-time visit of the Lord to His people described in Malachi 3, where He comes as a Refiner’s fire coupled with the washing of the Word using Fuller’s soap (which was used to cleanse the garments of the priests). This end-time cleansing of the temple will be accomplished by a similar plaited 3-fold whip woven together by the Spirit.

Scientists have discovered that between the two strands of DNA in a chromosome there is a laser beam of light, thereby showing that the DNA strand is actually a 3-fold cord created by our 3-in-1 God, who formed us in His image. Within this 3-fold cord is all the genetic information needed to bring forth what He intended the one carrying this DNA to be. The laser beam of light is only revealed as the two strands of DNA begin to separate in preparation for multiplication and increase. In other words, it is almost like the scroll of DNA needs to be unsealed and opened before the revelation light it encapsulates is available. Another amazing thing that happens is that as the two strands of DNA move apart, any broken or malfunctioning places in them are restored to wholeness so that the multiplication does not produce damaged DNA in future generations.

These 3 portions of the DNA whip appointed to visit His Church will be the fire, His revelation light and the end-time wine of the Word imparted to a company of trustworthy tested messengers. These ones will also be consumed with zeal for His house, just as the Bridegroom is. They carry His heart of fiery jealous love for His Bride. The Lamb with seven eyes and seven horns is worthy to open the seals and reveal His end-time purposes for His Bride.

In the same pattern which happens on a cellular level of those created in His image, as the heavenly wine and the fire are poured out, they also impart the laser beam of revelation light and truth necessary to both heal and bring forth increase. We have borne the image of the earthly. Now it is time to bear the image of the heavenly.

After 3&1/2 years of walking the earth as the Word made flesh; as a son carrying out His Father’s business, Jesus plaited this whip and drove out all who were connected to merchandising the temple (Mark 11). This occurred 3&1/2 days before He uttered the words, “It is finished” and yielded up His spirit. What occurred in these 3&1/2 days before His death gives us some understanding of what will unfold in the 3&1/2 years of the ministry of the end-time witnesses. This book is an account to the best of the understanding I have received thus far of the work of the end-time fire.

Today is the 17th Nisan in the Rabbinic Calendar. It is the anniversary of the day that Jesus rose from the dead and appeared to His disciples. It is a fitting day to release this book as the end-time fiery messengers will go forth in resurrection power, fulfilling Heaven’s agenda in the earth.

The Book of End-Time Fire

I will also be printing some copies for those living in South Africa. If this is you and you would like to order, please contact me at freshoil@polka.co.za

With love to His remnant
Christine

3 thoughts on “Unleashing the End-Time Fire”

"I am anointed with fresh oil" ~ Ps 92:10
Follow Fresh Oil Releases on WordPress.com